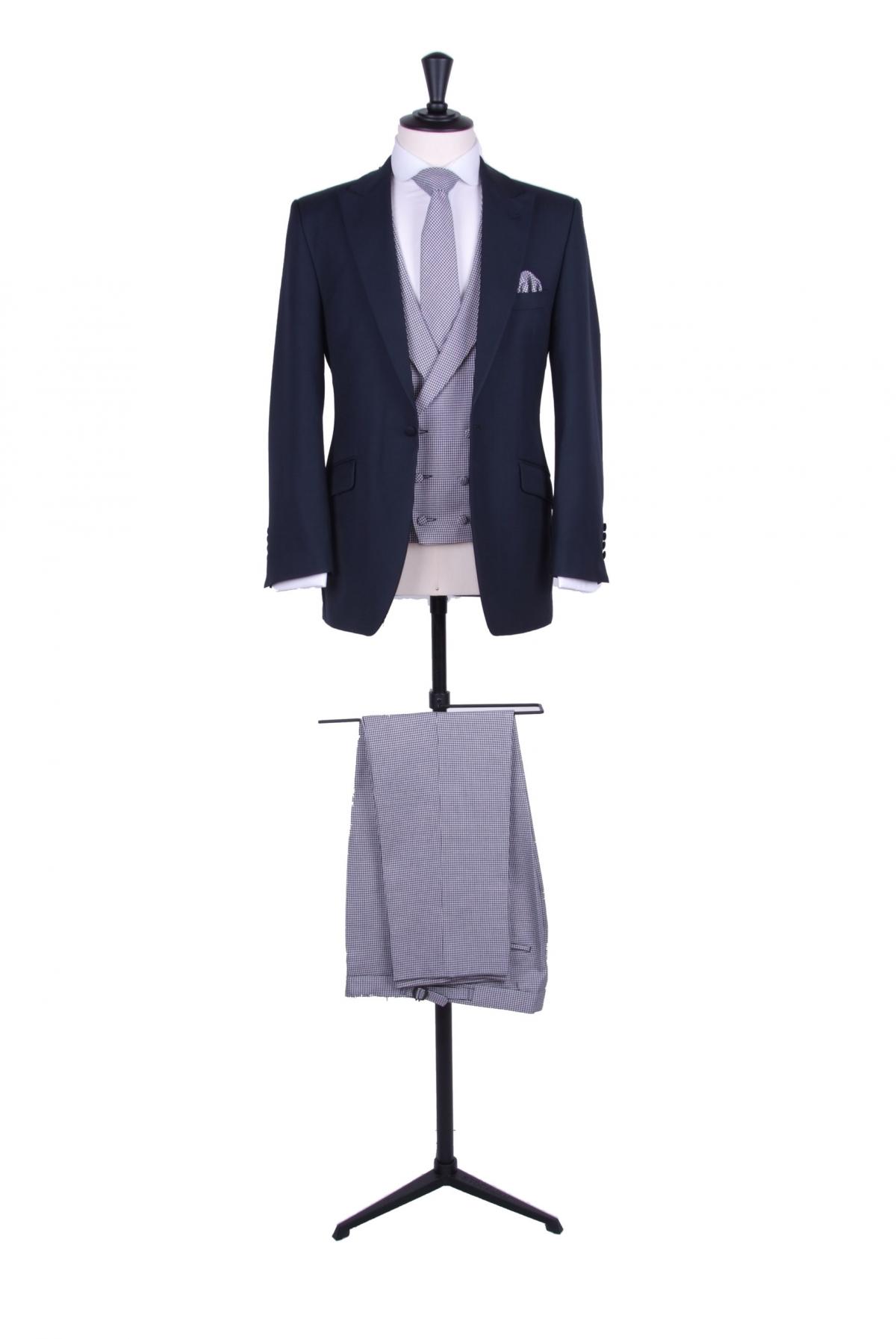 With the 3 piece suit becoming ever more common, a contrast suit can really make you stand out from the rest. Whether it be for a wedding, royal ascot or just as a work suit. A contrast suit allows you to break up the block colour and give your suit a different dimension to make sure you are looking as sharp as can be.

For a groom on his wedding day, it is nice for him to look the part. And what better way of doing that then with a 3 piece suit. However it can sometimes look all to similar to the rest of his groomsmen and will need something to make him stand apart from the others. The answer, a contrast waistcoat. Having a waistcoat in a different colour or material can give the groom that extra elegance that makes his suit look different to the rest of the wedding party, without being too different. Dress it the same as the best men and ushers, whether it be in a classic, scoop or double breasted waistcoat. But having that contrast for the groom will add a little something extra for his special day.

With some wedding parties starting to lean back towards the more traditional wedding attire, the tailcoat gives you a very classic feel. But with slimmer fitting trousers and more options available with a contrast suit, it can have a much more modern look. A tailcoat for instance, with either a dogtooth or check trouser, opposed to the more traditional stripe. If you also wear it with a waistcoat to match the trouser you will get a very unique outfit which still possesses all the class of the traditional tail suit. 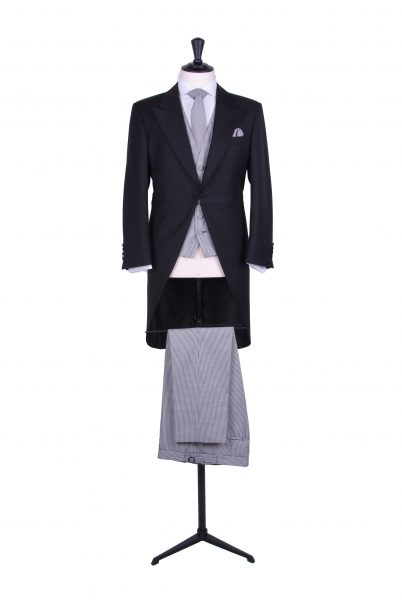 A navy blue lightweight tailcoat with a navy dogtooth waistcoat and trouser.[/caption]

With a tailcoat for royal Ascot, the contrast waistcoat and trouser are almost standard attire now. The classic stripe trouser with either a black or grey tailcoat (if you're in the royal enclosure) can be combined with a variety of waistcoats to give you an elegant contrast suit. Most commonly you will see grey waistcoats, primarily in a double breasted style. In more recent years the waistcoat has had a bit more of an individual look with regards to colours, such as blues, pinks and creams. For royal Ascot you can have so many different variations which has given many designers and stylists a lot more freedom with their suits. This can also be seen starting to appear at Royal weddings and other high society weddings as well. 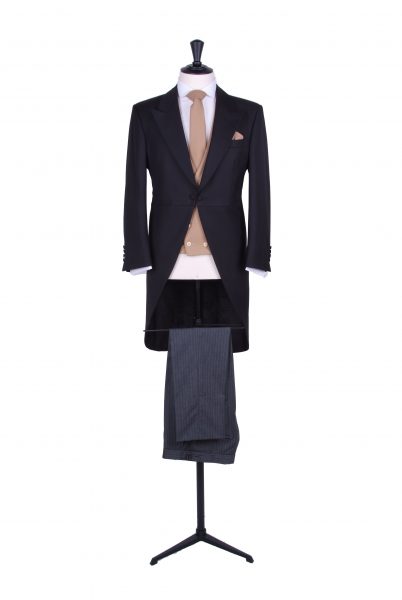 You don't have to wear a waistcoat to have a contrast suit anymore. Even with a work suit now we start to see guys wearing a contrasting jacket and trouser which still looks smart and suitable for any business meeting they may be attending. As long as it is still dressed neatly with a crisp shirt and perfect knot there is no reason why going bold with this style of suit wouldn't fit in around the city, and if you can pull it off then why not?

Lightweight made to measure check jacket with a contrasting grey trouser.[/caption]

Breaking up a 2 piece suit can also give you a more relaxed and casual look, but still keep the formal gentleman looking as sharp as ever. Getting that sartorial elegance to any horse race or cocktail bar that they may be attending has never been easier. Either open neck or with a tie, the choice is yours.